Nowadays, simplicity is key. The trend of big and excess has been winding down for a while and folks are finding more and more ways to work with what they have. Some people have found creative ways to do that and realized it’s worth sharing with others. One is Tod Bruestle, owner of TopperEZlift – a product that lifts the topper off the back of a pickup truck.

“I kept trying to get my four wheelers and tractors to the cabin and it’s frustrating with a topper on,” says Bruestle, “It seems you always end up missing by just a few inches.” Originally, Bruestle made his own topper out of aluminum and made it so it would roll up. “It was really ugly on a new truck, though,” Bruestle says. He started to work with products already on the market. “Since the 80s, manufacturers have made most toppers as a one piece molded fiberglass, so it’s basically like a boat haul,” he says. As such, toppers are really strong and they do not need to be reinvented. Instead, a product needed to be made to accommodate large loads.
Meet the TopperLift. This topper lifting system is all electric and powered directly from a trucks’ 12 volt battery. The linear actuators that raise it are capable of lifting a total of 900 LBS and life the topper 17.5 inches. After the load is put in, simply press the button to lower the topper. Best of all – it is universal. It fits every truck and topper on the market, whether the truck has an 8′ bed or a 5′ bed. “Essentially we redesigned the way the topper is clamped on,” Bruestle says. 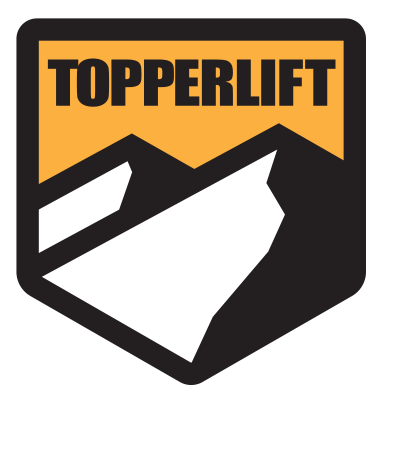